You’re 17 years old. Life is amazeballs, there are tons of fun things you and your friends want to do, but at the end of first period you walk out the door with an hour of homework assigned to you. “No problem” you think, “I can bang out an hour and still see my friends.”  Then you head to second period.

Another hour of homework.

Then you head to third period.  Lather, rinse, repeat, until by the end of the day you’ve got a workload that may just take you until the wee hours of the morning to complete, effectively barring you from post-school activities and any semblance of sleep or a real life.  Funny thing is that unlike the actual lessons being learned, the exhausting work schedule is preparing you to cope with another part of post-school existence for those hoping to enter the entertainment industry.

A bunch of higher-ups who think their homework is “just an hour” and who ignore the fact that there are five others assigning tasks who think the same way… Welcome to the world of television production. 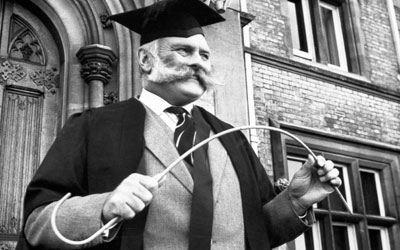 In TV-land, directors will typically rotate through episodes, often having weeks or even months between their gigs. Same often goes for their right-hand men, who handle the scheduling duties for them.  They come to their episode fresh and vital, excited to make the best product possible.  Sure, it may mean a few 16 hour days, maybe working a Saturday or two, but it’s worth it for the art, right? Of course the crew will be OK with a few weeks of long hours, it’s only natural that everyone’s thrilled to be here even if the days get a bit long.

What is so often overlooked is the crew.  We the tired minions of production-land do not get weeks off. We are there day in and day out, often working 70+ hour weeks with a 10 or even 9 hour turnaround.  For those not in the industry, turnaround is the required time between wrap and crew call the next day. 9 hours may sound like a lot, but when you factor in driving to and from work, as well as little sanity-maintaining things like taking a shower or just sitting on your couch for a few minutes, people will often wind up surviving on 5 or 6 hours of sleep per night. Sometimes for a 6 day work-weeks. This can go on for months.

Not too long ago, I experienced a show that had people on a Monday through Saturday schedule for nearly a month while working 15 hour days. Finally one of the cast put their foot down and the insanity stopped, but if not for them, the crew would have been driven until they dropped like an overworked buggy horse. We were lucky to have actors who recognized the insanity and stood up for the more easily replaceable crew. And speaking of dropping from overwork, on another project one of the crew actually fell asleep and crashed their car on the way home. They didn’t die, which is why none of you heard about it, and hours finally tapered after that happened. It’s quite sad that it takes something so extreme to get the attention of the higher-ups. Even then it is often more a liability concern than a true concern for the welfare of the worker bees.

Union rules exist for a reason, but far too often people waive their “forced call” (you are paid a premium for getting less turnaround than required) to be “production friendly.”  The problem is this undermines the entire reason for those rules.  It’s not about making huge overtime, it’s about making the act of overworking your crew so expensive that the production won’t do it. Sadly they often just factor that into the budget these days.

Don’t let this all deter you from the industry.  It’s a great life most of the time and you’ll meet and work with some pretty amazing people. Just remember, if you are going to join us in TV-Land, someday you may thank your former teachers who worked you so hard, oblivious to the workload you were already under. They may have unintentionally prepared you for a career in entertainment.