No, not the kind of shorts you wear. The kind you read!

Here are a handful of Short stories full of sci-fantasy fun and adventure! All are focusing on characters from the science fiction/fantasy mashup Dragon Mage Series. If you haven’t read the adventures of Charlie and his pals yet, I’d suggest giving them a read first, because as River Song would say, “SPOILERS!”

For those who following along with the ever growing series, thank you for supporting indie authors, and I’m glad you’ve enjoyed Charlie’s story thus far Trust me, it’s not over yet, and the Charlie/Daisy crossover is totally happening. Oh yes.

In the meantime, I present to you these  freebies. Hope you get a kick out of ’em!

And if you’re a fan of audiobooks, Bad Luck Charlie is now available through Audible.

A New Job for Marban

Hope you enjoy them, and happy reading!

Okay, I’ll be the first to admit, I’ve been lax in my posts of late. I do have a good excuse, however (and don’t we all love excuses?). While I have no dog to eat my posts, nor do I have an adjective-munching brain parasite––that I know of, anyway––or even a case of the ultra-rare five-month amnesia.

Nope, it’s none of those things. Instead, I work in the film industry.

I know what some of you may be thinking. “Ooh, so glamorous! The celebrities! The fun times!”

I mean, sure, it’s fun quite often, however when you’re an author trying to meet your self-imposed writing quotas, working on a film set––both the hours and the environment––can be the antithesis of a good work environment for producing material.

My most recent project was a feature, which shall remain nameless, not because it was bad (in fact it was a fantastic crew and looks to be a great film) but because it’s just not cool to discuss those things, especially when you’ve signed and NDA.

Now, if you recall my much earlier post detailing the film industry occurrence we call Fraturday (when you start work on Friday and get off work on Saturday, thus destroying your weekend), you’ll have an inkling of what the past 10 weeks held.

I was trying to bang out a mere one or two thousand words a day during my down time on set (while having a walkie-talkie chattering in my ear), but sometimes that just isn’t possible. Like when you’re on location and it’s 108 degrees. Or when you are so busy loading people into ambulances that there’s no down time to write (my day job is as an on-set medic for film and TV). Or when you’re just so utterly toast from yet another 70+ hour week (yes, in 5 days) that words simply fail you. That, my friends was the last ten weeks.

So, how does one get anything done? By doing the first thing I mentioned in the paragraph above. Namely, banging out a couple of thousand words a day. It sounds like a lot, but if you write just 125 words per hour over a sixteen hour work day, that’s two thousand words. Voila!

Here’s the cool bit. If you work a less-intense schedule and in a more-conducive environment, cranking out a mere 125 words in an hour should be a breeze, especially if you’ve plotted out your story ahead of time. In my case, I typically have the entire book outlined and have chapter notes acting as placeholders in my laptop. As I write each chapter, I delete the notes until that chapter is fleshed out. But you do you, boo, obviously.

If this seems intuitive to you, fantastic! You’re already taking those little steps toward a bigger goal. If, however, this is news to you, hopefully this tale of writing in difficult circumstances perhaps helped you realize it can be done, even on a crazed schedule. Tiny increments add up, and even 2k words per day (spread out) is 60k in a month. That’s 2/3 of a book––Huzzah!

Fellow writers and lovers of quirk, I’d like to introduce you to my latest brain-baby, birthed in the midst of the holiday season. She’s a funny little thing, full of humor and whimsy, along with a healthy dose of “Where the hell did he get that idea?”

I’ve found the process of self publishing to be an interesting combination of daunting and invigorating. If you’ve tried it, you know what I mean, and if you’re reluctant yet considering it, I highly recommend it. Sure, the act of putting your work forth for public consumption and review is a little terrifying at first (and I highly recommend trying reddit’s DestructiveReaders for brutally honest critiques from your peers), but it gradually becomes less nerve-wracking. Some people will love your work, some will hate it, but very few will ever take the time to write about it to either extent.

When my first (and to date, only, knock on wood) terrible review of my previous book, Worst. Superhero. Ever.

came in, I was, by that point, ready for the inevitable. It had to happen eventually, a bad review is a rite of passage of sorts (and getting one from a reader who admittedly didn’t even go past the first short really didn’t sting too much). What I’m saying is don’t let fear of negativity hold you back. I’ve found the support and positive feedback from readers and other writers has overwhelmingly outweighed any negatives.

As for the publishing process itself, well let’s just say the writing is the easy part. With this, my third e-book, I’m finally getting the hang of the self publishing game, but it still takes hours to properly format the book, get the table of contents and back matter in order in a way that ensures Amazon’s acceptance, and do the final re-re-re-reads even after the editor has picked it apart. 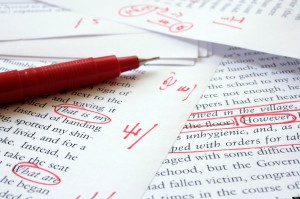 Shortly I’ll be putting up a separate post with links to some online resources I found helpful that should be of use to other indie authors. We are all in this together, and, at least in my case, I’ve found my peers to be wonderful and supportive. In the meantime, please give The Queen of the Nutters a read, and maybe even leave a review on Amazon or Goodreads if you’re so inclined. I’m pretty happy with how it turned out and would love to hear your feedback. 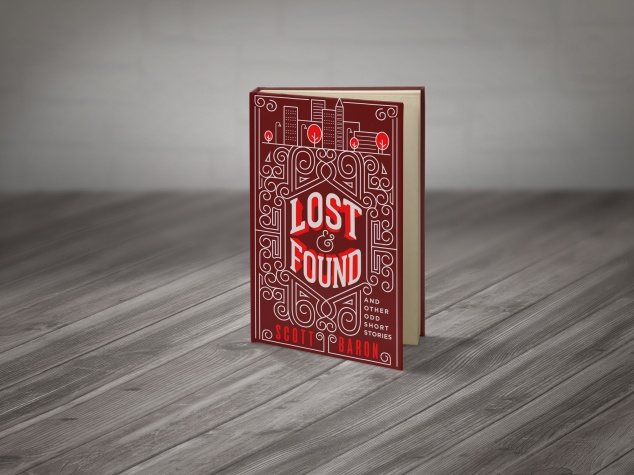 After much procrastination and reworking, I’ve finally released my first small collection of short stories. Four to be exact. A bite-sized e-book to put the first few of my brain babies out into the world. It was hard to stop editing and tweaking them and just let them go out into the wild, but now that they are, the feeling is wonderful. To all my fellow writer friends on the fence about doing the same, I just want to say this: Keep at it and put your work out there. Discovering new stories is a joy, and you can contribute to the body of new work available to eager readers.

As for me, I’m humbly asking those who are interested in quirky and odd short stories to take a chance on my little $0.99 e-book and give it a read, and if you should get some joy from my stories, please take a moment when you’re done to leave a rating or review (the lifeblood of indie authors) on Amazon or Goodreads (or both). It would be immensely appreciated!

Lastly, I know it can be rough out there, so if times are tight and you cannot afford the download, please message me directly and I’ll gladly send you a version for free.