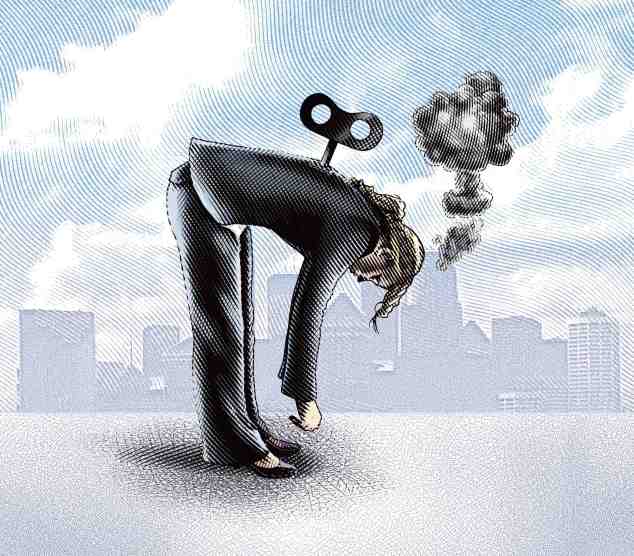 In the film and TV industry, there exists a thing of pure evil. A word that makes grown men shudder. An event that chills even the stoutest of hearts. This thing is called Fraturday.

Crew members are accustomed to working long hours, sometimes upwards of seventy or more in a week (I’ve done days over 25 hours, and weeks over 80, and boy-howdy it sucked!), but despite that hardiness of spirit, when it gets later and later towards the end of the week, we all hope to avoid the horror of Fraturday.

What is Fraturday? That terrible mingling of Friday and Saturday. The loss of your entire weekend to a work schedule that sees you beginning your day on Friday, and getting off work early Saturday, sometimes after the sun comes up. 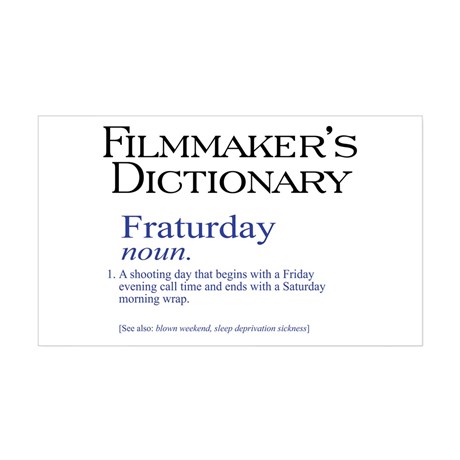 As you can imagine, this leaves you a shell of yourself, only wanting to sleep and recover over your briefest of weekends. Social life? Forget it. Maybe you’re somewhat rested by Sunday. Then on Monday you start over again… at 6am. Yes, you heard the madness right. You get off work at 6am Saturday and start work at 6am Monday. Some shows even do this multiple weekends in a row (and occasionally have a crew mutiny).

So the next time you find yourself miserable at the prospect of another eight or nine hour day in a non-industry job, just take a deep breath and remember, at least you don’t have the misery of Fraturday. 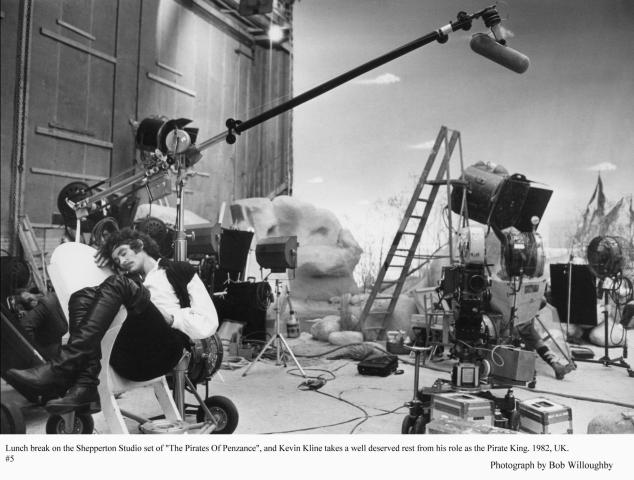 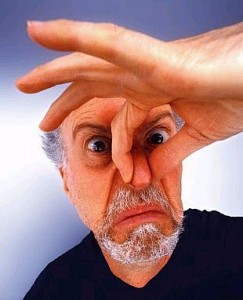 Working on some fairly big features and television shows over the years, I’ve noticed an interesting but often overlooked occurrence. That of otherwise good writers putting out some truly wretched material.

Sometimes it’s too many chefs in the kitchen. We’ve all seen laundry list credits with scores of writers and story editors, all chipping in their two cents worth, but once in a while there’s the opportunity to observe a single writer’s “shooting script” of remarkable crappiness evolve into a dozen or so revision scripts, also of remarkable crappiness. Let me tell you, it can be pretty impressive, and I don’t mean that in a good way.

Recently I had the opportunity to take a gander at some of the clunkiest dialogue I’ve read in years. I’m talking burn the script after 10 pages bad. Instant PASS bad. How does this person have a job writing bad. The twist is, this writer has previously penned a bunch of things I really enjoyed in the past. Apparently this particular assignment just wasn’t in their wheelhouse. I was torn, I wanted to like their work, but holy crap I just couldn’t.

And that’s the thing I began thinking about. Even seasoned pros sometimes blow it big time but keep getting a free pass. This fact really doesn’t do much for us aspiring screenwriters, once you’re established you can fail pretty spectacularly and still get work, but the takeaway for me at least is that a good many of us have quite likely written things objectively better than some seasoned pros. Will that knowledge get any of us work? Of course not. Can we keep that tidbit tucked away for those rainy days when we feel like our work just isn’t up to snuff and want to give up in a fit of frustration and foot stomping while howling at the moon in an angry tirade like a frustrated child with a bad case of colic? You bet your run-on sentences we can. (and that was a painful one to write).

I’m really just posting this as a little pep talk, an incentive to fellow writers, an objective bit of info that sometimes it’s not about the material as much as the connections and name you’ve built up.

Frustration happens and we all have self-doubt sometimes, just don’t let it stop you from writing.

Film production is tiring. Everyone knows that, right?  But what exactly do we define as exhausting in our industry?

Most “civilians” work 8, sometimes 10 hours in a day. This is a “normal” work day for them. Industry folk on the other hand consider anything less than 12 hours to be a short day, and if you somehow miraculously work only 8 hours, it’s called an “8 and skate” as you breeze in and breeze out so quickly. I must apologize if this seems a bit disjointed, but I just worked 47 hours in 3 days, you see.

I was lucky enough to crew on one of the top scripted cable TV shows of the Summer, and this week production on season two started up again. Awesome people to work with, from the top down, but the hours can be a wee tad brutal. A 70 to 80 hour week is not impossible when things really need to be shot, though production does all they can to avoid those situations. Still, sometimes it happens, and when it does, you’re looking at working double the weekly hours of normal folks. You don’t know tired until you’ve had to finish work at 3am on Saturday morning, only to have a 5am call time on Monday.

Of course this is nothing compared to music videos. Those notoriously run 18 or more hours in a day.  Yes, 18+.  My personal longest was a 25 1/2 hour video shoot in the desert. One director actually did a 35 hour shoot, though we all wonder what quality you get at that point. Mind you he is one of the top directors in the world, but come on already, these hours are why people die driving home.

Why post this? Because the reality of production is often far less glamorous and incredibly more exhausting than people realize. I still recommend you follow your dreams and do all you can to get into the industry if that’s what you want, but just do so with your eyes open. Of course as you now realize, that’s something that gets increasingly difficult to do as the weeks pass. In fact my eyes can barely stay open right now.

Anyway, this is disjointed and I am dain bramaged, so methinks I’ll post and edit a bit later when the ol’ noggin is firing on more pistons.