We sometimes work with great people in the film industry. I was fortunate enough to have one as my step-father. On May 4th, Art Levinson passed away. He was a longtime DGA and Academy member, an Assistant Director, Line Producer, UPM, and Producer. 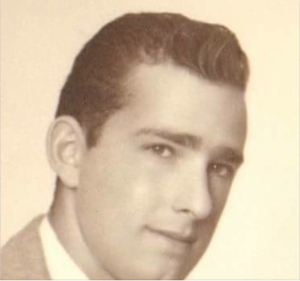 Art started out in the most Hollywood cliché manner possible… in the mail room. One day, Art was running messages on the studio lot when he rounded the corner and came face to face with one of his idols, Sir Laurence Olivier. Art was beside himself. There he was, was bright eyed and bushy tailed, wet behind the ears and perhaps a little bit naïve, and one of the most famous actors in the world was right in front of him. Well at that moment Art received his indoctrination into the reality of film production when the very image of upper class, Sir Laurence Olivier, British acting royalty, yelled “Fuuuuck!!!!” at the top of his lungs. Art was shocked (but undeterred), and continued on his way to deliver the mail.

From those humble beginnings he worked his way up the ladder, eventually working as 1st AD on All the Presidents Men, Shampoo (pictured above), and then later production managing and producing on projects such as Mr. Mom, My Favorite Year, Breaking Away, The Money Pit, Hard Rain, and Clint Eastwood’s True Crime to name just a few.

Art could have produced far more, but he repeatedly turned down producing jobs in favor of line producing and production managing because he enjoyed the daily grind with the crew so much more. It may have been less glamorous, but he was happy in his work, something many of us wish we could say.

He also possessed an amazing memory, something that served him well in his 50 years in the industry. A few years ago my step-brothers took a road trip with their father and on the road one day they asked him about all the films he had worked on over the years. Without hesitation Art said, “Well let’s see, I got into the DGA trainee program back in 1968…” and proceeded to then list every single project he had worked on from memory, including the director, actors and staff he worked with, and even the months they filmed,.. all in order.

He also rarely used a phone book. Art was so good with numbers that both phone and address details were filed away in his mental Rolodex. Hard to comprehend in this day and age of speed dial and contact lists at your fingertips in your cell phone.

Art was a Good Man in the truest meaning of the words. His friends in the film industry would often say, “How did such a good man wind up in this business?” I like to think it was to remind us that you can work a demanding job but still be a good person. I’ve met people over the years who he had fired from jobs at one time or another, but not a single one had anything bad to say about him. He was a straight forward guy and never lied to his crew. More impressive, he personally called every person he didn’t hire for a show to let them know so they wouldn’t be left wondering. Classy move, but then it doesn’t surprise me because he was a classy guy.

Enjoy the big picture show in the sky Art, you were one of the truly good ones and will be missed by the many people whose lives you touched.