On occasion, I am privy to things in the course of my day job working as an on-set medic. I am the fly on the wall on film and television sets, there in case something bad happens, but, more often than not, just handing out Advil and Band Aids. This situation affords me the opportunity to observe multiple aspects of production life that most people don’t get to witness. I’ll not be getting into any deep, dark secrets or juicy gossip here (we all sign hefty non-disclosure agreements before every shoot), but having recently worked on a show with a well-known actor directing, I did want to give credit where credit is due.

Most people know Seth Rogen as a jolly, bearded stoner guy from myriad comedies. His laugh and voice are unmistakable, and his delivery is unique. Less-known (the joy of being behind-the-scenes) is his writing/producing/directing partner, Evan Goldberg, a childhood friend with whom he has worked for years. Superbad? He wrote it. Sausage Party? Likewise. The guy has pretty substantial comedy chops, is my point. When these two work together, it’s a rare situation where the separate elements of a team truly do function as a complementary unit. 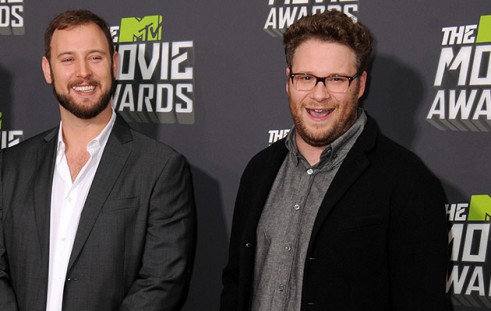 The other day I was called to cover a few shifts on the upcoming Hulu show Future Man, a comedy starring Josh Hutcherson as a janitor and world-class gamer who is chosen by mysterious beings to travel through time to prevent mankind’s extinction. I’d never heard of it (there is always something new in the works in LA) but from what I saw in my short stint on the show, it looks to be damn funny, with awesome action to boot. And that’s what I wanted to discuss.

A lot of actors and writers with a track record in those areas are given directing gigs as appeals to their vanity, but with no real skill or experience in that role backing the decision.

When that happens, more often than not, the director of photography steps in and does the heavy lifting while the neophyte director sits back and takes the credit.

This was not the case with Seth and Evan.

I cannot tell you (okay, I can, since I am writing this after all) how refreshing it was to witness such a smoothly-functioning team. This was an instance where both individuals worked in symbiosis, effortlessly communicating tweaks and adjustments to actors and department heads as needed, and all while getting a metric shit-ton of work done. For those in the industry, I’ll say this: 48 setups in a day. With action. With stunts. With effects. With kids. With a technocrane. For those not in the industry, here’s a translation: Holy shit that’s a lot of work crammed into a day.

When a director knows what they want, can clearly explain what they need, and has the confidence to move on after a single take if they got their shot… well, it’s a beautiful thing. Seth and Evan accomplished that with style, and it was amazing to see. I’ve been in the industry a long time, and let me tell you, it’s rare to see this efficiency. What made it stand out was the utter confidence in their vision, as well as faith in their team. DP Cort Fey and his camera team (awesome folks with whom I worked previously on The Last Ship) are rock stars, and the communication and trust on display was a master class in how you’d like to see directors, actors, and camera all fit together like a well-tuned engine.

Complex action shots were nailed in one take. Not only because the talent and crew achieving them were skilled (they most certainly are), but also because Seth and Evan knew when they got what they needed. None of the dreaded time and morale killing phrases like, “Great, one more!” Or, “Perfect! One more for safety!” No. When they got it, they moved on to the next shot. A sign of a confident director, and quite a contrast from those who waste buckets of money shooting twenty takes of every size and every angle just because they don’t know what they want/need. It’s enough to drive any editor mad. 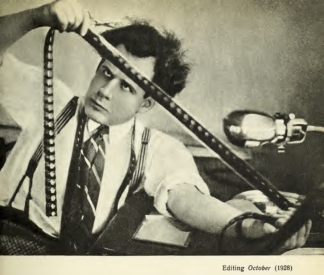 And let me tell ya, I’ve seen the worst of that first-hand on other gigs. Like the unnamed showrunner who can write and produce, but certainly not direct (though his staff would never tell him even as he went $250k over budget in a single day.) Or the music video director given a feature… only to work the crew to death with his indecisiveness as he literally played other directors’ films on his laptop behind the camera to try to copy shots as he went.

To Seth and Evan I must give massive kudos.

They seem like really quality dudes who also happen to be rock-solid in their behind-the-lens skills. As a crewmember who has seen a lot, working with such positive energy people who were also really good at what they do… well, despite the long hours, it was an absolute joy. That goofy stoner dude is a really good director. Who knew?

Now go see Future Man when it comes out later this year. It looks like it’ll be a blast, and I say that as a guy with zero fucks to give when it comes to critique. I have no horse in this race, it just looks like a cool show. I hope they prove me right.

2 thoughts on “Future Man: Actors as Directors–Sometimes it works”