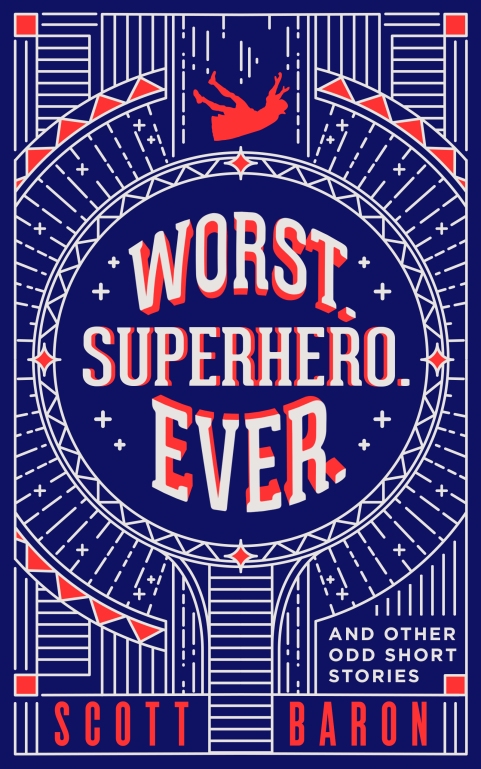 The book officially releases on Tuesday November 15th, but is available for pre-order on Amazon (and is part of the Unlimited program as well). Go get it! (is that the worst call to action ever, or what?)

Seriously though, it’s been a bit of a challenge getting this one to market while working  long hours in TV Land (my day job), but time was carved out and here it finally is. I would hope other aspiring writers take this as inspiration and perhaps a kick in the butt to keep working on your passion. Even if you pull 17 hour shifts (which I did several times this week), it is still possible to nurture your artistic side, even if things are hectic. Do what you must, but keep that creative spark alive! Your fellow authors are rooting for you. 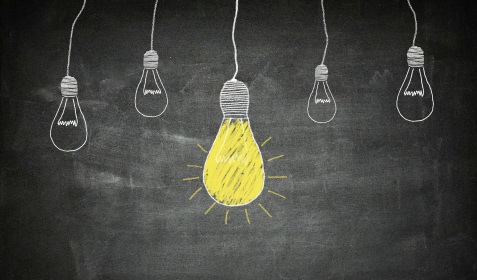 And thus my brain baby is released into the world. All joking aside (except that found in the book of course), I sincerely hope you decide to give this book a try. If you liked Lost & Found, I think you’ll truly enjoy the quirky tales in Worst. Superhero. Ever.

One last thing. If you’d like to be notified of future releases, sign up to receive my newsletter. It’s infrequent, not spammy at all, is only about book releases, and can easily be unsubscribed from at any time. 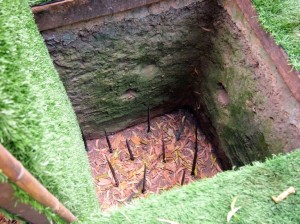 First off, I’m sure I’m going to piss off a few ‘experts’ when I say this, but it is my sincere belief that there really is no right or wrong way to write. For the most part at least. A screenplay consisting entirely of page-long run-on sentences would be pretty horrible, though someone may write one some day and prove me wrong. 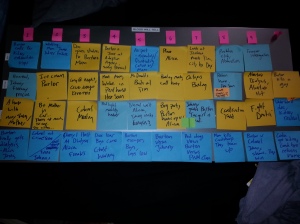 Outlines and idea notes are the most common tool for laying out the basics of a story before you get to the actual writing of it. Some may write meticulously detailed outlines while others (myself included) prefer a more basic outline of the key themes, characters and ideas and what order they’d work well in. There are myriad programs to help with the process, or you can do it the old-fashioned way with cards or Post-it notes.

As old-school as it may be, I actually like using Post-its as I can quickly move scenes around on the large wall mirror I use, allowing me to see every scene and descriptions of it with just a single glance. I use different color notes for different times of day to more easily visualize that aspect of the story. Some find it easier to switch pages on a computer screen, and the ability to take that with you via laptop is certainly an advantage, but physical cards are kinetic and I find them more conducive to creativity (for me). I also prefer to do the core of my writing in one place, so the need to move my Post-its doesn’t typically arise. 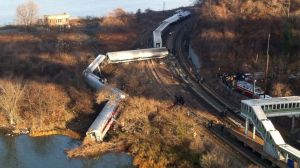 Others utilize a Train of Thought method, opting to go with the flow and see what comes of it. While this can be a fun way to write, it does tend to lead to a lot of revisions as completion more often than not follows a very windy road rather than a sleek expressway. Anyone who has decided to “just write” with no plan and see where it goes likely has the same story we’ve read time and again, the one with their train of thought derailing like an Amtrak traveling in a straight line (and why is it rollercoasters stay on track but Amtrak seems to flip with nary a curve in the line?) Writers who do this often send their formerly interesting characters on random side trips that ultimately detract from the story.

These exercises in tangential writing often lead to some interesting ideas that may ultimately find a place somewhere, perhaps in a later creation, but the story at hand most often becomes a jumbled mess in need of serious revision. Having a plan, even the most basic one, helps you stay on track and not waste days or weeks chasing the dragon of new ideas that don’t fit in the concept of what you set out to write. 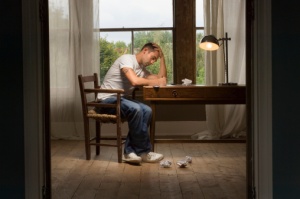 Then there are the Meticulous Rewriters. You know who you are, the ones who edit as they go, unable to leave a sentence on the page unless it is perfect. We’ve all been guilty of it at one time or another, getting so wrapped up with making every single word count that we don’t see the forest for the trees. Unfortunately this leads to what I call Hitting the Perfection Wall, where one imperfect sentence can bring an unfinished script to a screeching halt. Quality writing and the exquisite turn of a phrase are certainly ideals to strive for, but that is not what anyone should be focusing on in their first draft unless they want to be one of those writers who puts out one completed work every few years or so. Over-correcting and constant tweaking/editing can derail actual writing. Get that first draft written, you can edit and tweak to your heart’s content once that is accomplished. 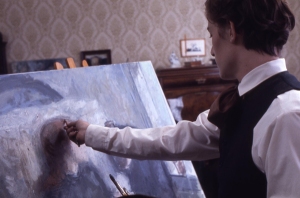 Like a painter creating a body of work for an upcoming exhibit, sometimes you have to put a piece aside and stop tweaking it or you’ll have nothing to show but just one piece that’s never finished. Crank out a body of work and you’ll have a lot of things to revisit and rewrite.

Now in the sea of tips, tricks, and advice out there (mine included) there are many methods that may work well for your particular style. Experiment, try things out, just keep in mind that no matter a blog creator or writing expert’s credentials and bona fides, you don’t have to conform to someone else’s structure if it doesn’t work for you. Some people swear by Save the Cat, others abhor it. Choose what works best for you.

In the quest for a great story, I am certainly guilty of leaving drafts unfinished, though that typically stems from working 60 to 70 hour weeks on set in my “day job”, leaving little brain power to write. This is why I carry notepads, rapidly filled full of outlines, ideas, dialogue and scenes that I hope to have time to fully explore during a break. One such notepad became my Knight Resurrected screenplay first draft in just 5 days during the downtime between shows. For me the outline first then write process works well. But don’t take my word for it, I’m just a guy on the internet, giving my 2 cents worth.

One un-related bit of advice:

Don’t be ashamed to say “I’m a writer.” There’s a lot of negativity placed on saying “I’m an actor/musician/writer/artist” if you aren’t successful yet, but just because you might not be in the .0001% who make a living at it does not lessen or invalidate what you do. I tell people I’m a writer, albeit unproduced, who also works below the line, though I’d prefer to write for a living. There’s no shame in a day job. Very few people make a living from their artistic endeavors, and several amazing artists I know still work other jobs when not selling paintings for thousands of dollars. A paycheck doesn’t define you.